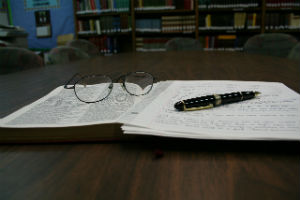 A People Who Bear God’s Crown

“Let’s take delight in honoring each other.” Romans 12:10b

The other day my secretary Pam was cleaning off her desk and getting ready to leave. I said something about how nice it is to be able to go home at the end of a busy day…to kick back and to enjoy. Pam said that actually she wasn’t going home just then—that she was going to see a 6-year-old girl at the hospital. The little girl was born prematurely and suffered brain damage. Pam was going to see her—because the child’s parents hardly ever went.

In a way, Pam “adopted” this girl—but not legally. She spends time with her every evening; she does her laundry; and recently Pam had a birthday party for her!

There’s no reward in it for Pam. She doesn’t get paid, and she doesn’t get recognition. Yet she goes day after day, every week—simply because she’s an agent of God’s love; and this is the person to whom the Lord himself has directed her. Pam wants to make this little girl feel important, feel special, and feel loved. She wants her to know that she counts…even if she’s brain-damaged and no one else seems to care.

What is your purpose in life?
Why were you created and put here in the world?

What does it mean to “take delight in honoring” another human being? There are probably a lot of definitions – and lot of answers, but none are any better than the above story of Pam Adams.

To honor another person means:
To make that person a priority of love in your life.
To treat them as if they were the most important human being in the world.
To place on them the crown of God’s love and God’s delight;
then to enjoy watching them wear that crown and feel that delight.

I have a second story for you also that goes back to the early part of this century. It involves my friend’s relative who was a Methodist preacher named “Uncle Leslie” Howard. “Uncle Leslie” came upon his nephew John McDuffie out in the field one day plowing behind a mule.

“Uncle Leslie” said to his nephew, “John, are you going to follow that mule all of your life?”

John said, “Well, Uncle Leslie, I don’t know anything else to do.”

“Uncle Leslie” said, “Son, you’re too smart to spend the rest of your life just following along behind a mule. Why don’t you go to college?” John replied that he didn’t have any money to go to college.

“Uncle Leslie” said, “That’s no excuse. You can work your way through college. I’ll get you a job that will pay your room and board and tuition. Will you go?”

John said, “I don’t even have enough money to buy a train ticket to get me from here to there—even if I did have a job.”

“Uncle Leslie” replied, “If I get you a train ticket…and a job that will pay your room and board and tuition, will you go?”

John laughed and said, “Uncle Leslie, I’m so poor I don’t even have a suit of clothes to wear.”

His uncle interrupted. “John, If I get you a suit of clothes, a train ticket, and a job, will you go to college?” John stammered around and finally said he would.

When John left his plow and his mule, he entered the Southern University in Greensboro, NC. After graduation, he went to Law School at the University of Alabama. After that, he ran for public office and was elected to the House of Representatives in Alabama. He later became a Judge for the U. S. District Court of the Southern District of Alabama.

“Take delight in honoring each other” – and then actually do something about it!”

We’ve been lifted up by the Lord, and now it’s our turn to lift up others… in whatever way we can and wherever we can as well.

What a magnificent mission statement this is for both your life and mine. It doesn’t get any better than this! Amen.

Message by The Reverend Dr. Norman Neaves – Church of the Servant—Oklahoma City, OK